Up until the late 1980s, Parkinson’s disease (PD) was understood to be caused mostly by environmental factors and not faulty genes.

There had been earlier studies which showed that clusters of PD existed in families, and doctors were aware that many of their patients reported PD in their families. However, in the 1980s it was understood that the reported clusters of PD in families actually reflected a variety of neurologic diseases that only resembled PD to the untrained eye, essential tremor for example.

Dr. Roger Duvoisin was one of the earliest chairmen of APDA’s Scientific Advisory Board (SAB), and a prolific PD researcher. At the time, he worked at Robert Wood Johnson School of Medicine in New Jersey, which was, and continues to be, an APDA Center for Advanced Research. In the 1980’s, he was involved in epidemiologic studies of sets of identical twins (who share the same DNA), one with PD and one without.  In a paper published in 1983, 43 pairs of identical twins were studied, and only in one pair did both twins develop PD.  This study further bolstered the conclusion that genetic factors did not play a major role in the development of PD.

A sea change in understanding genetics’ role in Parkinson’s disease

What changed this thinking and led to a revolution in PD research that continues today, was the discovery in 1990 of the Contursi family, a large family in Italy who had, what appeared to be, autosomal dominant PD, which meant that PD was found generation after generation, and children with a parent with PD had a 50% chance of developing the disease.

Dr. Lawrence Golbe, also at Robert Wood Johnson School of Medicine, spearheaded this effort, partially funded by APDA, to study this family.  By 1997, it was discovered that the family harbored a mutation in alpha-synuclein, now known to be the fundamental component of the Lewy body, the pathologic hallmark of PD.

The story of the discovery of this gene is chronicled in a book available on the APDA website entitled Both Sides Now by Dr. Alice Lazzarini, a key researcher in this effort. Dr. Duvoisin did an 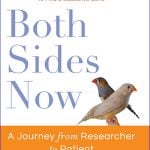 about-face in his thinking and became a loud proponent that there in fact was a substantial link between PD and genetics.

The GenePD Study funded by APDA

Dr. Duvoisin knew that other genes must be involved as well. He recruited his colleague and fellow APDA SAB member, Dr. Rick Myers, to this effort, who had just participated in the monumental achievement of identifying the genetic mutation in Huntington’s Disease. Dr. Myers worked at Boston University, another APDA Center for Advanced Research. APDA’s SAB, then and now, is made up of preeminent PD researchers who worked at renowned PD centers all over the country.

Dr. Myers realized that he could draw on his relationships with APDA’s SAB members to collaborate and collect families in which there were two or more first-degree relatives with PD. The study of these families was eventually known as the GenePD study, which was a multi-million dollar effort funded for decades by the National Institute of Neurological Disorders and Stroke to define the genetic determinants in PD.

DNA was collected from members of the identified families and slowly, as genetic tools advanced in the 1990s and 2000s, the group was able to make major contributions to the field of the genetics of PD, identifying areas of the genome that were more likely to contain genetic mutations that cause PD. The first studies on these families used the technology of linkage analysis and genetic association studies. In the first GenePD study published in 2001, the DNA of each study member was analyzed for a set of 339 genetic markers. Then, statistics determined if a particular genetic marker or set of genetic markers was more likely to be found in someone who has PD or not. In that first study, four genetic regions were identified as areas that potentially contained genes related to PD.

The group continued to produce results and in 2009, Dr. Myers led the effort to perform and publish the first Genome Wide Association Study (GWAS) in familial PD. This type of study is similar in theory to the genetic association study described earlier. The main difference is the number of genetic markers analyzed. Dr. Myers’ GWAS analyzed more than 300,000 DNA single nucleotide polymorphisms (1,000 times that of the original study), making the results much more comprehensive. The study looked to identify alternations in DNA across the genome that were more likely to be present in people with PD than people without PD.

After this achievement, Dr. Myers continued to work in the field of PD genetics, re-inventing his lab every two to three years, as the field continuously transformed itself. Most recently, he discovered that PD brains could be distinguished from non-PD brains by analyzing a relatively newly discovered cellular entity known as microRNA.

It is a particularly relevant time to look back on the history of this gene research as Dr. Myers recently announced his retirement from APDA’s SAB in order to dedicate more time to new endeavors. We salute Dr. Myers for the impactful and innovative work he has done on behalf of the entire Parkinson’s community. We are proud to have played a part in his important research. We offer sincere thanks from APDA for his 23 years of service on our Scientific Advisory Board and for his tremendous partnership and dedication to our mission.

To support your local APDA Helped Unlock the Mysteries of Genes that Cause Parkinson’s Disease chapter, please click the button below: